Over the years, SuperSport has cemented their place as the hub for the best of football from around the world offering thousands of league games from the Premier League, La Liga, Serie A, UEFA Champions League and much more.

With the premier league returning in a couple of days, we sat down for a chat with Martin Mabutho, General Manager Sales and Marketing, MultiChoice Nigeria. Excerpt:

We are happy when we put smiles on our customers’ faces by bringing the best of world sports through our SuperSport channels. This year is no different as we present; The Premier League (PL), The UEFA Champions League (UCL), La Liga, Serie A, Super Cup and Super Spanish Cup.

And of course we are proud and excited to be the sole broadcaster of the new UEFA Nations League. Think of the UEFA Champions League for Nations! The best European sides we saw at the World Cup are in it. This is going to be HOT!

The elephant in the room…we were outbid for the Community Shield and FA Cup. Another provider offered a lot more than we did, and they got it. I am not sure why they did not show it though.

However, we were able to bag the rights for Serie A. It’s the league that has the best footballer in the world; CR7. In hindsight, a whole season of Serie A against a once off game between two teams from the Premier League. Come to think of it, even the FA Cup is a subset of the same Premier League that we have all 380 games live off. I’d say it worked out ok in the end.

Ronaldo’s move to Juventus was a pleasant coincidence, as we trust CR7 to make his mark on Italian football. It’s football drama that Serie A is sure to deliver.We all missed Italy at the World Cup. I am sure the lead up to Qatar 2022 will be lit with Serie A.

Expectation For The New Season

Football fans should expect a lot!!! In High Definition. All 380 Premier League games, all 380 La Liga games, all Serie A games and all UEFA Champions League games…need I say MORE?

Our priority is to deliver the best sporting content and reaffirm our commitment to delivering world class sporting action. To usher in the new football season this year, we will deliver an unmatched viewing experience as the Premier League kick offs on Friday, 10 August 2018 whilst the La Liga season will start on Saturday, 18 August 2018 followed by Serie A on Sunday, 19 August 2018. Customers can look forward to the best expert analysis from football legends, live performances, celebrity experiences, music and more.

The English Premiership Cup in Nigeria

Yes, it was indeed a great year for football, and the PL trophy tour was the proverbial icing on the cake.  All this we did with our customers in mind. We thought that with the English Premier League being the most anticipated league in the world, it was only fitting for the most ardent fans – our customers to experience results of their passion in a very palpable way by way of photo Ops with the trophy.

However, I cannot confirm at the moment if the trophy will make a return this year, but let’s watch this space for perhaps more thrilling news in the next few months.

This is where again, we have amped up the value. GOtv now offers more Premier League games than any other DTT service provider in Africa. That’s an extra game of PL, all La Liga, all Serie A, and we brought down the cost of the lead bouquet from N3,800 to N3,200. AlsoGOtv Plus subscribers will have access to LIVE Matches. GOtv Value and Lite subscribers are not left out as they can enjoy matches on FTA channels. They will be spoilt for choice with big league titles such as The Premier League (PL), The UEFA Champions League (UCL), La Liga, Spanish Super Cup and Serie A.

SuperSport will showcase all 1,140 matches of the new football season: 380 Premier League matches, 380 Serie A matches and 380 La Liga games with most of the matches from each league broadcast LIVE and in HD on SuperSport.

You know us, we always run promos during this period, and as is the norm, we welcome the new football season with open arms by dishing out some great offers. The DStv HD decoder, which includes a dish kit plus one-month subscription on Compact package now goes for N11,900 from the normal N18,500. In addition, the GOtv decoder, which comes with the antenna and one-month on GOtv MAX is available for N6,900 rather than the normal rate of N7,900.

I can’t respond to what others say, it’s not our culture to do so. I can only speak on behalf of and about DStv and GOtv. Having said that, we have brought down a lot of content including football and general entertainment, increasing the value for money to our customers, whilst also keeping an eye on our operational costs.

Our Compact bouquet at N6,800, gives all the football matches…all the most revered leagues, even more than what is shown on TV abroad.

We put our customers at the centre of everything we do which includes offering the best content at unbeatable prices.

Alex is the latest addition to our family. We have been working on an awesome campaign that we will roll out soon. He is a gifted player and embodies the brand values of our Compact bouquet.

Well we kick off on Friday with Leicester. We have made a few changes to the squad, so, let’s see how it goes. Pre-season outing was a disaster but that’s not always a reflection of what happens through the season.

There Should Be A Fair Trade Deal On Payment Cycle- Otis 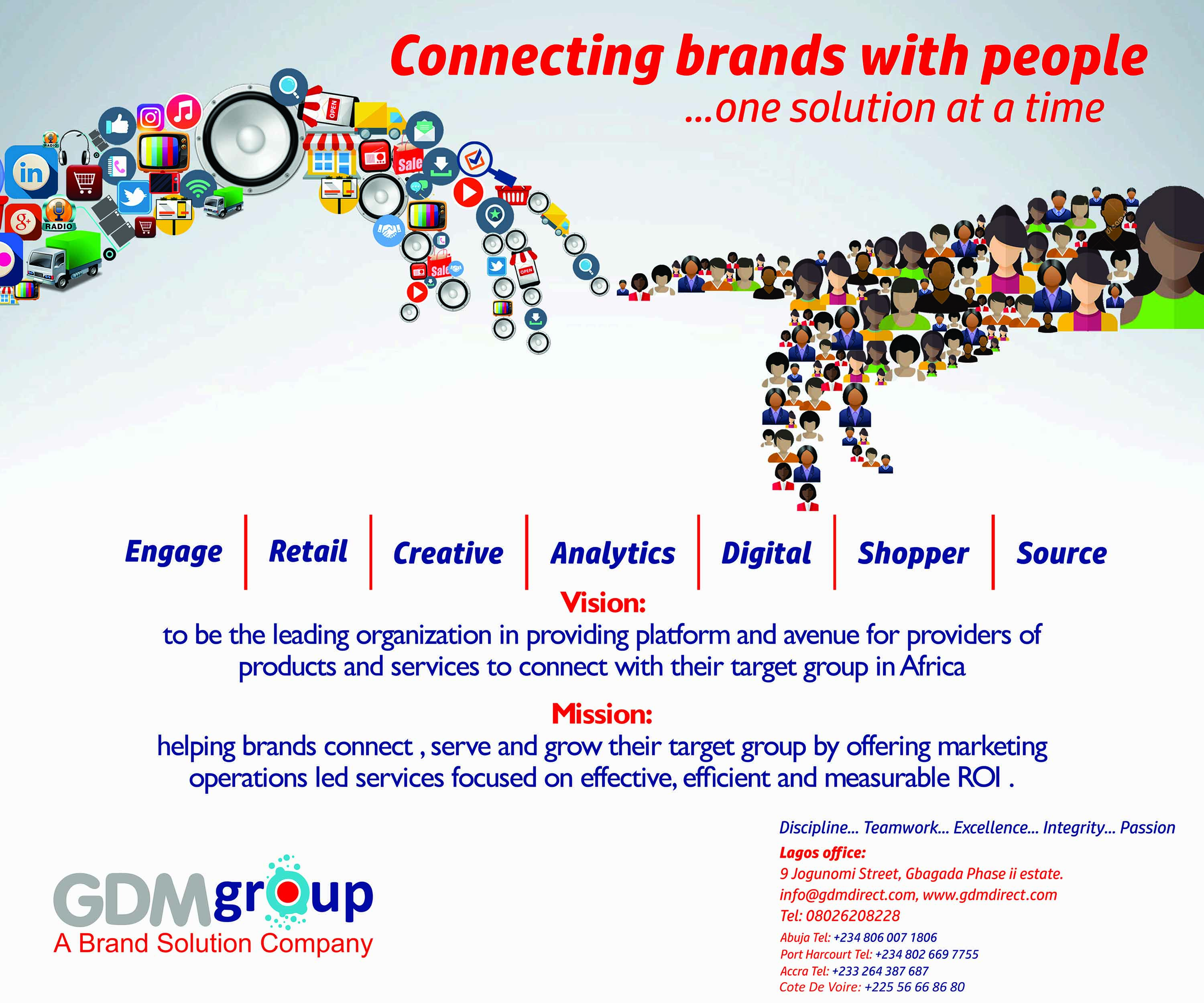 APCON Disassociates Self From Attributed Publication,…