Precise Projections On The Nigerian PR Industry In 2018

The Performance of the PR industry 2017

According to the Holmes Report, while global PR industry rebounded to 7% in 2016, up from 5% growth in 2015, hitting the 15 Billion Dollars in total spend, with the likes of BlueFocus, Webber Shanwick, Golin and Ketchum out performing industry average; same could not be said of Nigeria PR firms in 2016.

The state of affairs was driven largely by currency volatility, macro-economic shocks and policy issues with big spenders like MTN and Etisalat (now 9Mobile) in the Telecom sector, the Unilevers and the P&G’s in the FMCG sector crawling back with consequent squeeze on the local PR industry in 2016. The year 2017 opened with a host of foreign multi-nationals downgrading Nigeria and centralising their PR businesses in South Africa and Kenya.

This was due largely to prevalence of foreign currency volatility which saw a great gap between official and black market rates and created a tough operating environment for businesses as they were not able to access dollars at the official rate. Under this context, 2017 opened on a bleak note for most PR practices given the impact of macro-economic shock on marketing spend and by implication, the PR share of that spend.

However, following Nigeria’s exit from 5 consecutive quarters of negative growth in the 2nd quarter of 2017 with the economy recording a positive but fragile growth of 0.72% (revised from the earlier quoted 0.55% based on improved Oil earnings), we saw a restoration of confidence in the market. This confidence saw a limited rebound in PR activities as foreign and local businesses hoping to cash in on the prospects of a full recovery began to raise their spend, albeit cautiously. So in terms of the knock-on effect of the recovery on the PR industry, it is still largely marginal given the fact that the non-oil GDP elements are not growing as fast as required for a big effect on marketing spend, at least not yet.

The reason why the effect of this recovery are not yet visible are not therefore contestable; I did say earlier that while Oil GDP expanded considerably in the second quarter of 2017, non-oil GDP only grew at 0.45 per cent, down from 0.72 per cent in the preceding quarter and -0.38 in the corresponding period in 2016. In quarter 3 of 2017 GDP grew by 1.4 % showing sustained momentum.

However, quarter 3 GDP results also showed that the nation’s economy is still exposed to the risks especially on the real sector side, as only two out of 10 sectors grew during the quarter. While the oil and gas sector grew by 25.89 percent, the non- oil sector from which a larger pool of marketing spend is obtained contracted by 0.76 percent. Under this context, it does not take rocket science to see that the PR industry did not grow last year.

While the year 2018 promises to be brighter and better, given the obvious recovery of the economy and a projected increase in government and political spending being a year before the general elections, there is a big need for caution. The reasons are these:

iii. Again, we need to look closely at the impact of the rise in government and political spending on the economy because without staying the focus on key government policies like the medium term ex[expenditure framework and the economic recovery and growth plan by maintaining fiscal discipline through keeping its expenditure within budget targets to avoid eroding the macro-economic gains made thus far, there may be an adverse effect on the productive sectors of the economy with consequent impact on marketing spend.

Essentially, what one is saying is while there are indications of improved PR activities and improved spend next year, players need to improve their offers and raise their game in digital to be able to tap into the projected growth.

Disruption and its Impact on the PR Industry. The forces of disruption militating against the traditional public relations practice are many. Let us consider a few:

The rise of Digital technologies and the opportunities available today for flow of information as well as syndication and aggregation of news by non-traditional news sources, be they News-sites, Wire Services, Bloggers and Social Media Influencers – all leveraging digital technology – creates direct access by the consumers to news and information and makes traditional gate-holding and gate-keeping, upon which Public Relations feed, irrelevant.

With the introduction of digital technologies which aid news and information dissemination, institutional gate-keeping is now being replaced by machine gate-keeping and so power has moved from institutional sources of influence to machine sources with algorithms set by the likes of Google with it google-robots now a new agenda setting source rather than traditional media; with social media trends on Twitter, Facebook, Instagram and Linked-in replacing hot-topics in the newsrooms; and chats from sources such as Facebook, Whatsapp and We-chat becoming more believable than news from traditional sources.

In this context, the place and effectiveness of the traditional press briefings, news release and articles is being called to question and so the traditional ad-equivalency measure of PR value and other traditional concepts upon which the industry is built are starting to hold no water.  Beyond the issue of reach and measurement are other issues such as the understanding of these digital platforms by traditional players and an ability to navigate the complexities created by new technologies in delivering results to clients.

Nigeria is a country of 193 million people with a median age of 17.2 years added to this is low life expectancy and a high population growth rate which means the median age can only go southwards rather than northwards. The implication of this is that the way the generations before the Millennials – those born after 1980’s – consume media is certain to become extinct as platform agnostic media and social media have already gone mainstream with traditional media becoming mere news re-base platforms as Facebook live,Youtube,Instagram, online TV’s, online radios and other digital platforms take-over. What this means is that Hybrid platforms who are more adept at manipulating these platforms will go mainstream while PR Agencies that lack the skills and the proprietary platforms to take advantage of this trend will shed what could ordinarily have been traditional PR spend to Hybrids with the implication being the death of PR Agencies that fail to up their game in this regard.

The 4th Industrial Revolution is coming on the heels of the digitization of all systems from transport, to communication and the development of artificial intelligence for all systems. The implication of this is that except Public Relations also embrace big-data, machine learning and analytics as the basis of its practice, the industry is either going to become extinct or converge with other allied industries given machine possibilities. The Holmes Report in one of its Industry Reports is already predicting the convergence of Public Relations with mainstream marketing such as Advertising and Media Buying. 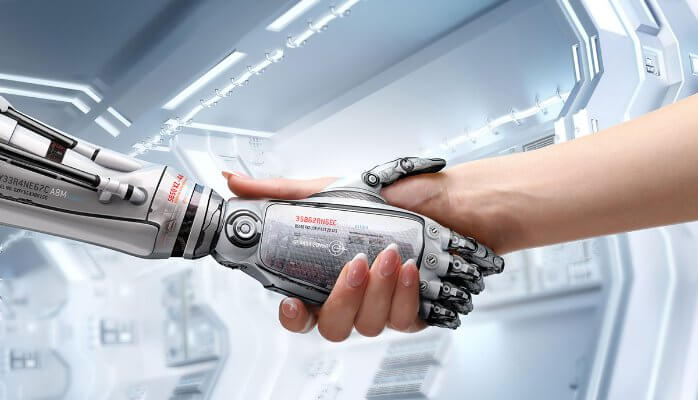