Lorraine Smit and Melina McDonald, Darling Films’ two executive producers, were announced as the Loeries’ Hall of Fame inductees during Loeries Creative Week 2021. They are also its first-ever dual inductees.

“Lorraine and Melina are the embodiment of creative excellence,” says Preetesh Sewraj, CEO of the Loeries. “They are renowned for their strong work ethic and passion for brand communications. The industry is truly richer from their vast contribution and they are outstanding inductees into the Loeries Hall of Fame.” 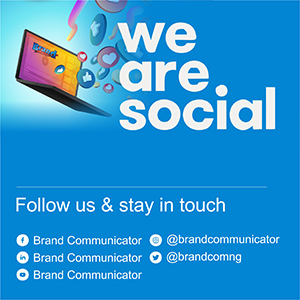 Introduced in 2008, the Hall of Fame recognises those in the brand communications industry who make notable contributions to the growth and wellbeing of the industry. Being an inductee means standing alongside some venerable past inductees, including TBWA’s John Hunt, Facebook’s Nunu Ntshingila and other industry icons.

Darling Films has developed a reputation for more than its ability to make films. It’s known for putting creativity and people development first. McDonald, reflecting on the award, says: “It really means a lot to be recognised, though it’s not something we’ve sought. We’d like to think we have a genuine commitment to the industry. We focus on developing talent, growing people, and helping clients with particularly difficult projects. It’s really a great honour.”

McDonald kicked off her career with B.A. in Dramatic Arts from Wits University, while Smit received a B.A. in communication from the former Rand Afrikaans University, now University of Johannesburg. Smit was an agency producer’s TV assistant for many years, fetching coffee and working with 35mm slides, while McDonald earned her stripes as a “dogsbody” in a corporate video company. Learning as they went and taking on progressively more important work, they ultimately joined forces at Bouffant where both of them worked with international clientele, large budgets, and learned the importance of producing the best work possible. Bouffant was soon ranked the number one production company in South Africa. “We always put creative first and the rest seemed to happen,” says Smit.

The leap to form Darling Films was the biggest and scariest moment of their lives, they say. Laughingly referred to by Smit and McDonald as their “Jerry Maguire moment”, the fruits of their faith are evident. With two Cannes Golds, a Glass Lion and two Loerie Grands Prix, Smit and McDonald’s quest for creative excellence is beyond question. Darling films has also been voted most admired for production excellence by Mark Lives for two years running.

Darling Films has grown into both its dictionary meaning as an indicator of passion for the industry, and into its status as a much-loved industry family member. “We wanted a functional name, something that could be used as an adjective,” says Smit.

The passion for transformation also plays directly into the founders’ priority of women’s empowerment. Darling is 100% female owned and has a 50% female director base, more than half of which consists of women of colour. “We try not to be driven by money, to do work with a purpose. In this industry you spend so much time selling consumer products – and we love our consumer product clients – that it’s really rewarding to do meaningful work that impacts positively on society, like Sixteen Days of Light to fight the scourge of gender-based violence in our country. We’ve even had the production team visit the sites of murders and rapes… not an easy thing to do,” says Smit.

“We have a zero-tolerance for ‘nonsense,’” McDonald adds. “We just wanted amazing, passionate people – keen to go on a journey with us. We work with nice humans.” “Nice humans” seems to be just the right way to describe McDonald and Smit themselves.

The winners of Loeries 2021 will be announced during Loeries Creative Week taking place from 20th to 23rd October 2021. Further information, and event ticket details, can be found at loeries.com